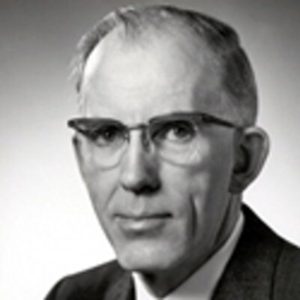 With amendments to the National Housing Act, in 1973, the Labour movement undertook the initiative to set up its own resource organization to build affordable co-operative housing communities. The Stanley Knowles Housing Co-op was first sponsored by the Canadian Council of Retirees (CCR), and the Labour Council Development Foundation (LCDF).

The Housing Committee of the Canadian Council of Retirees (CCR), a group of retired trade unionists, became the Co-op’s founding board. The CCR under the direction of Henry Weisbach was organized to look into the needs of senior citizens. In l978–79, the Labour Council Development Foundation, which assisted unions and other groups in building co-ops, realized they had never built a residence for seniors and the CCR was the logical group to sponsor it.

The success of co-operative housing led to increasing attacks from some private sector developers who saw co-op housing as a threat to their profits. In 1995, the election of Mike Harris’ Tory government led to the demise of the LCDF and government support for housing co-ops in Ontario.

The first step was the selection of the site. Initially, committee members were considering an available waterfront site, but the site lacked proximity to transportation or shopping. The current site was considered due to an initial development proposal for an office tower on the top of the Northern District Library; however, the neighbouring residents objected — mainly due to predicted traffic problems — and prevented the necessary zoning by-law changes. After several meetings with the Housing Committee of the CCR, these residents agreed to support a by-law change that would permit the building of a seniors’ co-op.

The next steps were to obtain approval and a mortgage from the Canada Mortgage and Housing Corporation, hire an architect and a builder, and begin interviewing applicants for membership. During this period the committee members decided they did not want to segregate seniors, and thus the co-op’s membership would be of mixed ages with a majority of seniors. Consequently, two-thirds of the 103 units are allocated to seniors with 10 accessible units included in the overall design.

The CCR decision to name the co-op after Stanley Knowles was in honour of the work he had done for seniors during his career in Parliament. Mr. Knowles was present at the official opening.

In the years before his death in 1997, he was regularly invited to the co-operative’s annual birthday celebration. The timing of the co-op’s birthday celebrations, which are held on a Sunday near the end of June, meant it was within a few days of Stanley Knowles’ own birthday.

He was very proud of Stanley Knowles Housing Co-op and pleased that we used his name. Members continue to honour that heritage by making sure the co-op continues as a place of which he, and all co-op members too, can be proud.

In 2017 there were 82 seniors residing in the building, as well as families with children, young people and new Canadians. The co-op is controlled by its resident members and boasts the involvement and support of its members in its many committees from the Board of Directors to finance to building operations.